This is a cross-post from my Instagram shot. As I have more time for astrophotography nowadays, and finding myself running into word limits on Instagram, thought I'd try to start posting about it here as well.

This is another picture from the same night as Jupiter. 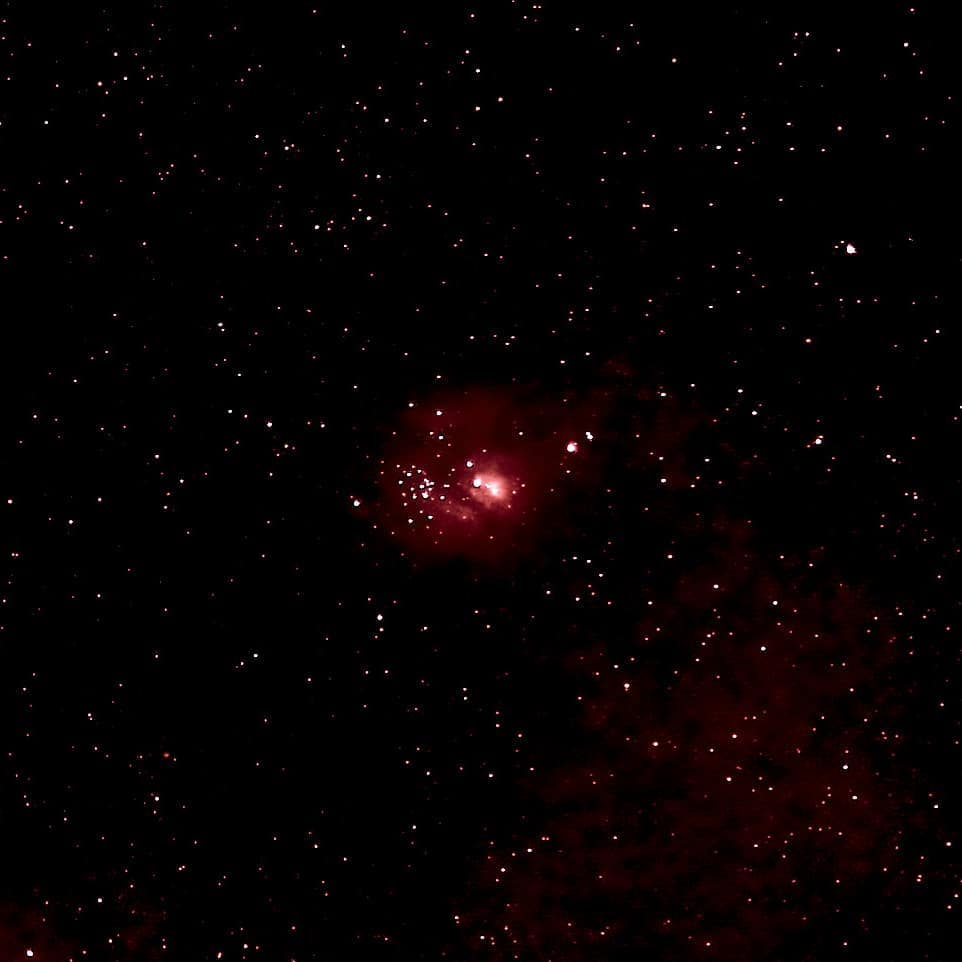 Unfortunately, deep sky objects like this one are naturally dimmer, and taking pictures of them is further complicated by a terrible light pollution in big cities like London.

However, they are known to emit light in a very specific lines of the spectrum due to the chemical composition of gases they consist of. This helps, because, by knowing the wavelength your target emits at, you can isolate it with a special-purpose lens filter, so that your camera sensor won't pick up any other light sources, including the sky glow from the city lights.

Lagoon nebula, shown here, is an emission nebula and a representative of a popular H II region, which means it consists mainly of ionised hydrogen and emits most of its light at precisely 656.3 nm. As you might or might not remember from the school course of physics, this length lies within the spectrum of what we see as a red colour.
There are specialised narrowband astronomical filters that can isolate it out, but for now I've decided to stay within strict budgets for most of my equipment, and went with a Hoya Red Enhancer instead. It's a fairly budget filter in comparison to others (I got it for ~50 GBP from Amazon) and is not meant for astrophotography.

However, it is made of Didymium, which is traditionally used to protect glass makers' eyes from a bright yellow/orange-ish light (~590 nm) emitted by hot sodium when glass is exposed to fire.

How does it help us? Well, turns out that most cities also traditionally rely on the same chemical process and use sodium-vapor lights in order to light up the streets, and, consecutively, lighting up the sky.