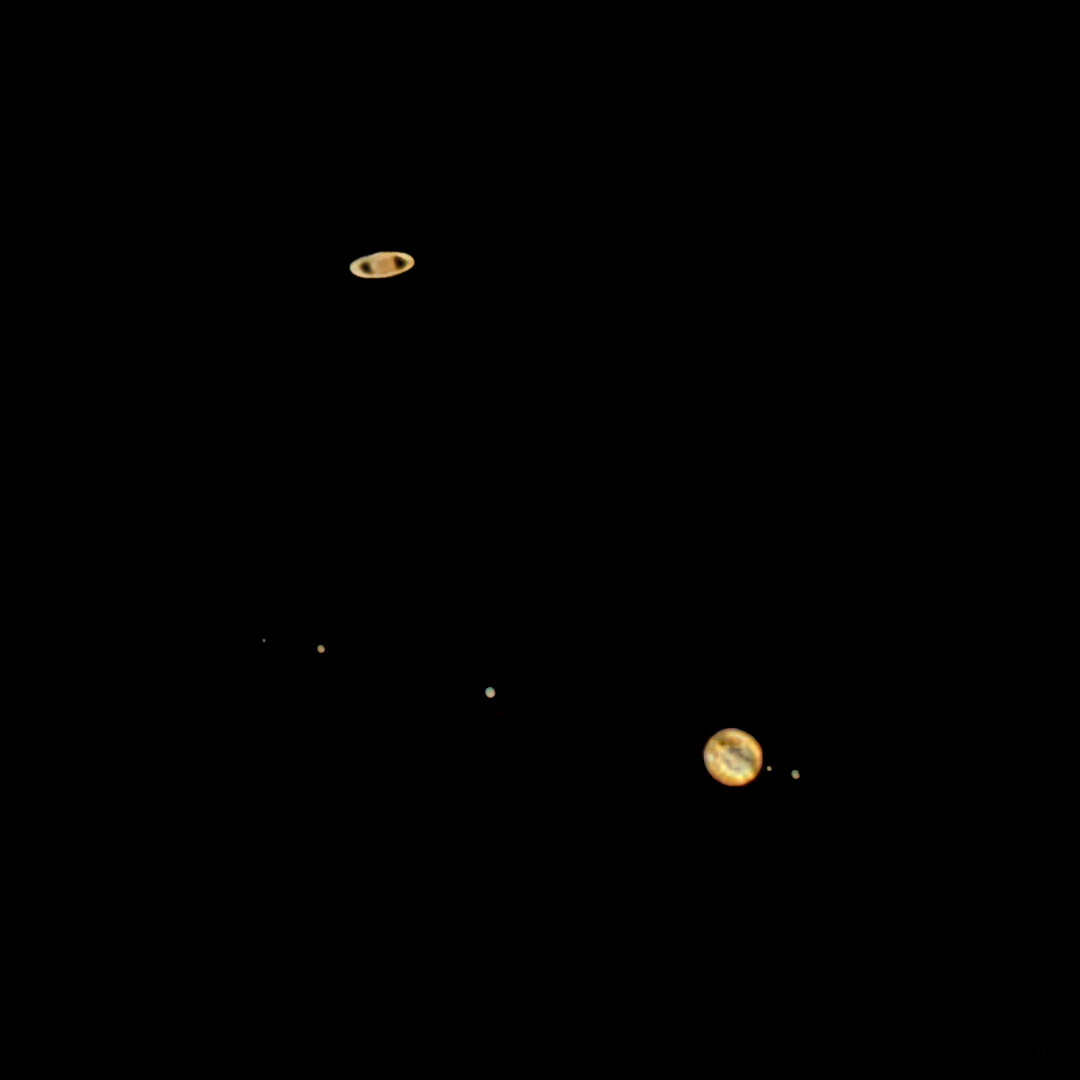 Some call this the Great Conjunction, some went as far as to call it "the Christmas Star", but the fact is, last night Jupiter and Saturn came as close in the sky as they haven't in ~800 years before. No surprise that event this rare attracted amateur astronomers all over the world.

Due to the brightness of both objects "merging" together, they appeared together as a singular bright star shortly after the sunset, which made it accessible even for visual observation with either a naked eye or binoculars or telescopes.

However, photographing it is a completely different matter. Planetary imagining is hard because, even though the planets are usually quite bright, the details we’re trying to extract are also so small that constantly get distorted and blurred away by atmospheric fluctuations. To get one shot where the air happened to be perfectly still, you need a bit of luck... and this is how lucky imaging came to be.

Lucky imaging is an approach in which, instead of making a single long exposure - like one would for deep-sky astrophotography - the observer instead takes thousands of quick shots in a hope that some of them will have perfect quality details on at least part of the image. Of course, the easiest way to do that is by using a video function of a webcam or a DSLR.

Then, in the specialized software, observer can set keypoints on the object, set a percentage of shots to use (the amount of “luck” you hope you had) and it will analyze all frames, stabilize them to center an object, estimate the quality of each part of the image, extract the best, and stack them together.

This event was even harder to shoot because the Saturn & Jupiter appeared very close to the Sun, were visible only for a couple of hours after the sunset, and all this time stayed very low over the horizon, amplifying the thickness of the atmosphere and corresponding distortions. I wasn’t sure if anything is going to come out of this but took the chance and I’m glad I did.

I made several videos to adjust for different brightness of each object involved – one with extremely overexposed planets but visible Jupiter’s moons, one extremely underexposed where the Jupiter’s bands could appear, and one where Saturn and Jupiter appear at a relatively similar level of brightness.

Throughout the shooting, the atmosphere kept affecting different parts of the image unevenly - e.g. completely reshaping Saturn into a strange-looking ink blob while keeping Jupiter intact or moving satellites away from Jupiter etc. - so the videos I took kept confusing all the usual post-processing tools, and I had to start and throw away a lot of images in the last 3 days… until I finally ended up with an approach that worked and I’m actually happy with.

I’m glad I was here to witness this rare event.

← WebAssembly shell with a real filesystem access in a browser