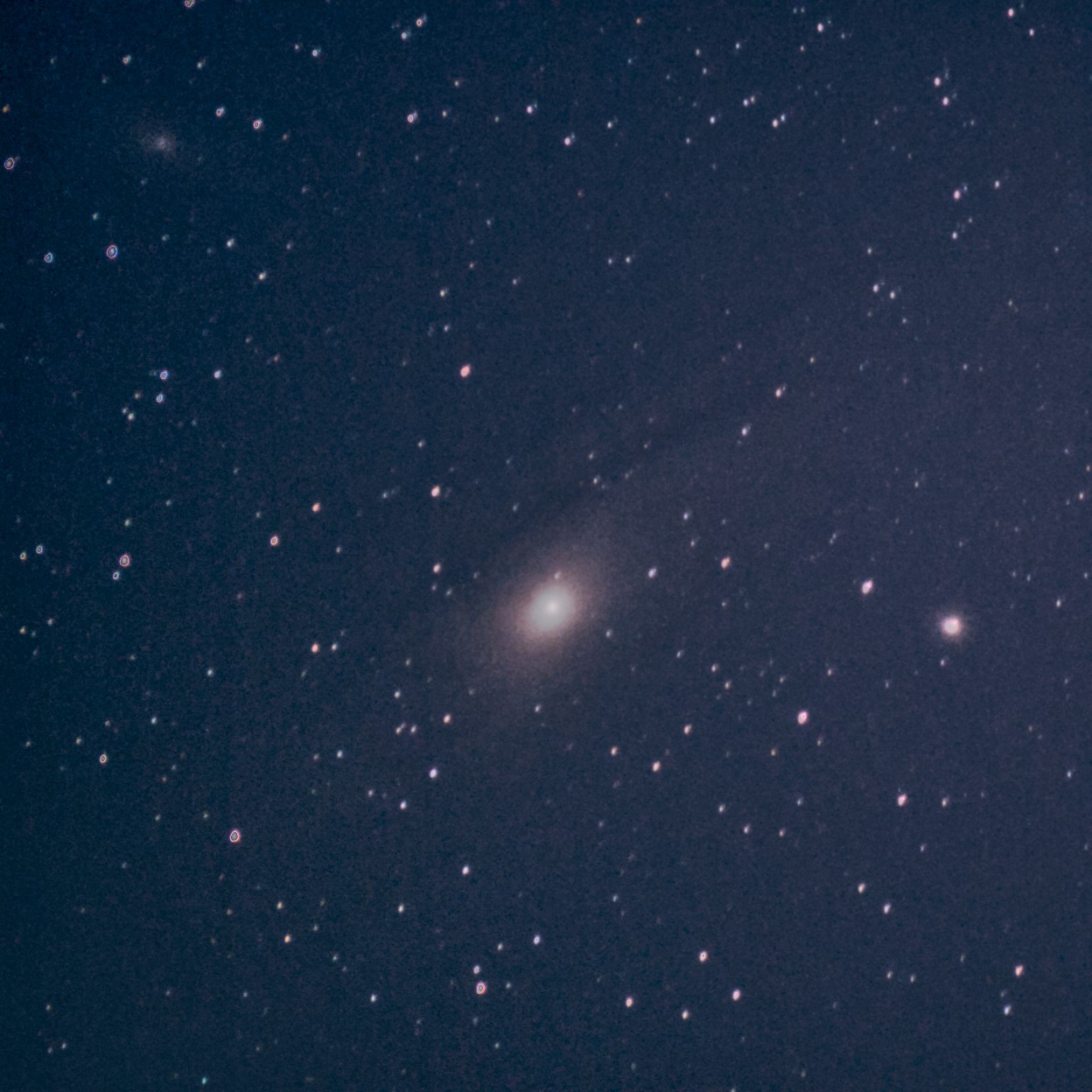 M31 (Andromeda galaxy) has been and remains one of the first interesting objects I wanted to shoot, because, on one hand, its relative size (~6x of the Moon!) in the sky makes it a perfect target for astrophotography without a telescope, while on another, it's still faint enough to require tracking, and constrastful enough to require some tricky post-processing to make sure that both the bright core and the fainter spirals are visible. All in all, a perfect candidate for beginner astrophotography.

But, as plans usually go, this particular session was rather spontaneous. The forecast wasn't promising, the sky was cloudy, it was windy, and to add to it all, it was the night of a full Moon, so I didn't expect much and wasn't ready to go anywhere to darker locations. However, when I noticed that the wind has suddenly and shortly cleared a fairly big patch of sky, I couldn't help and try to at least shoot something from my backyard. After all, worst case, it's a great training for the future nights out.

I've got just enough time to get a couple of wider sky shots (not shown here), and to squeeze 30 sec x 40 shots = 20 minutes of total exposure of M31 (out of which only 10 are useful because I'm an idiot and forgot to change ISO settings after preview).

This isn't, in fact, that much for a deep sky object, especially when you're shooting from a central area of a large city, and the resulting signal-to-noise ratio is pretty poor. As you can see in the picture, there is still leftover background noise, but it's tricky to remove without destroying the image. And, yet, after some heavy post-processing, I've managed to recover the core, the fainter spirals, and even the satellite galaxy M110, which makes me rather happy about this result!

This time I managed to escape slightly further away from the city lights - not too far, but at least it shows up as a Bortle 7 location and not the usual 8-9.

This, combined with a better understanding of my lens limitations and specifics, allowed me to capture this improved version of my previous shot of the Andromeda galaxy. 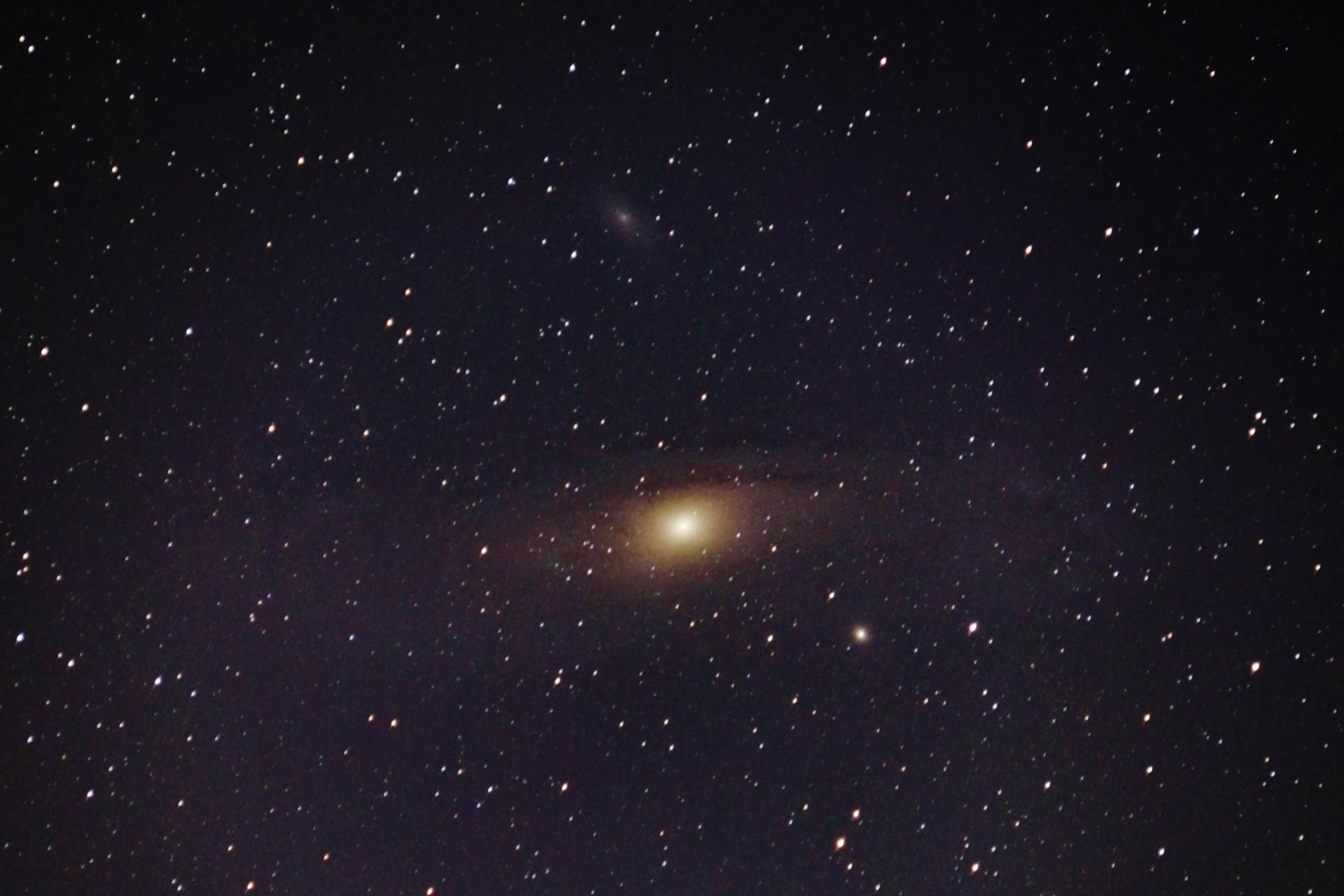 Just like the last time, you can notice some leftover noisy background from the light pollution, but it's less pronounced, and, also like the last time, I don't want to remove it altogether, as at this stage it's too easy to lose valuable image details. (Of course, unless you use Photoshop and manually select items to keep, which I consider cheating and explicitly avoid :P)

All in all, I'm very happy with this shot, as it shows a significant improvement over my previous attempt here: https://www.instagram.com/p/CCZ1K83H9jZ/

Stay tuned and brace yourself - there is a lot more "duplicates" coming from me soon, at least until the scenery changes in late autumn :)